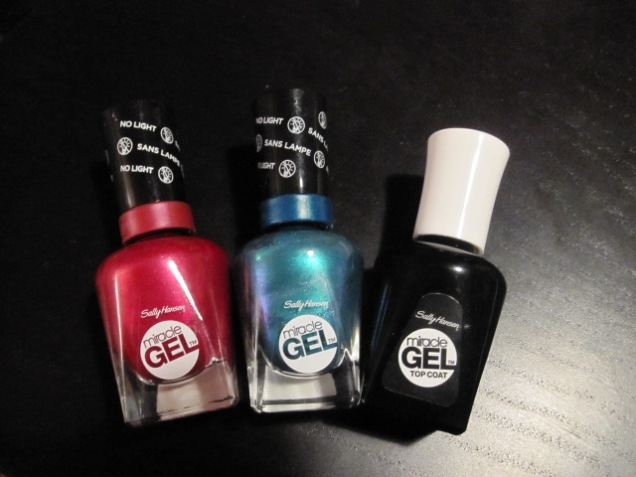 I bought two colours from the collection along with the mandatory miracle gel top coat. The colours I got are: 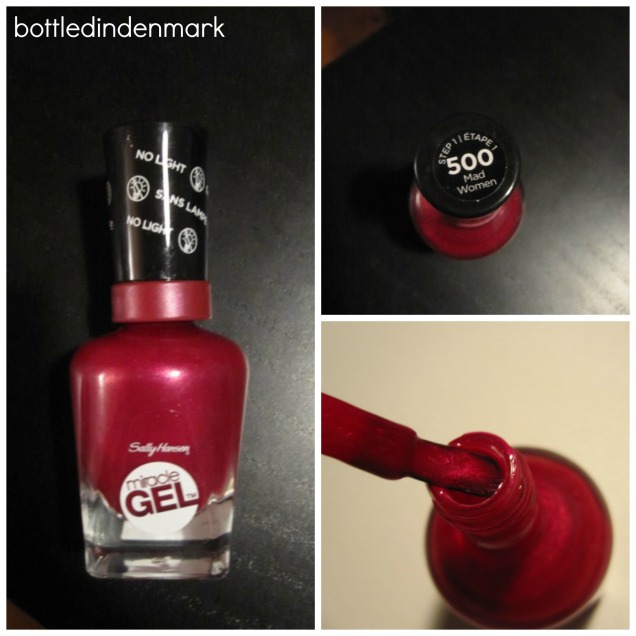 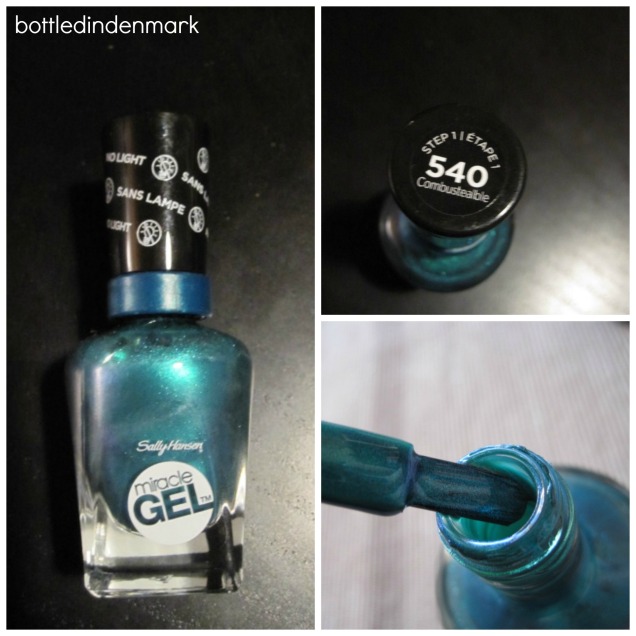 Before I begin, let me just say that I am a student so I am not too hard on my hands, I type quite a lot and I also have to clean my apartment every few days, but other than that my nails aren’t overly used. 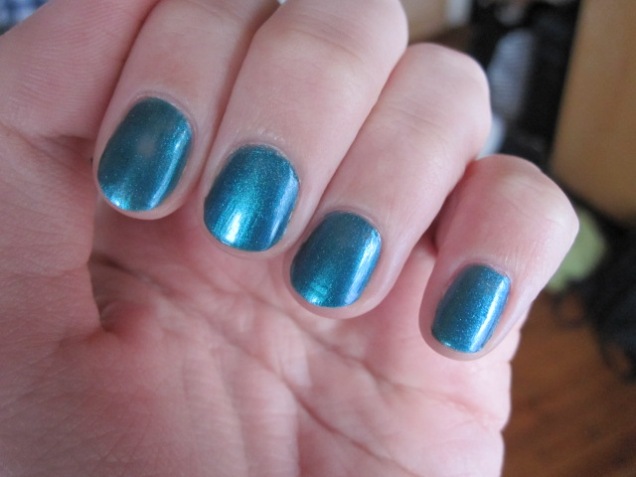 Here is how it looks after I’d just applied it. As you can see on my pointer, I actually managed to drag some of the colour off again when I applied the top coat – maybe I did not wait long enough – I’ll come back to that later on.

The colour is pretty, although I liked it better in the bottle. In the end I don’t think it suited my skin toned that well.

The application was good, but it did come out looking a little streaky, but that is not so unusual when it comes to metallic polishes.

The dry time was pretty quick, I waited a little longer than I would have with regular polish because I could see that it was possible to actually drag the colour off if it was not dry enough.

^^ On day two, you can see that I experienced some tip wear on my right hand, which is to be expected, and my left thumb had a tiny chip, but nothing that bothered me too much. However, on day 4, this is how my right hand looked:

The big chip on the thumb was partially my own fault because I have a habit of picking a little at my polish if it starts to chip (which was actually quite difficult with this polish), but I didn’t touch the polish on my middle finger.

Four days was what this polish could last for me – I was considering retouching the two chipped nails, because the other nails still looked pretty good and I’m sure they would have lasted me much longer than just four days, but I decided against it. 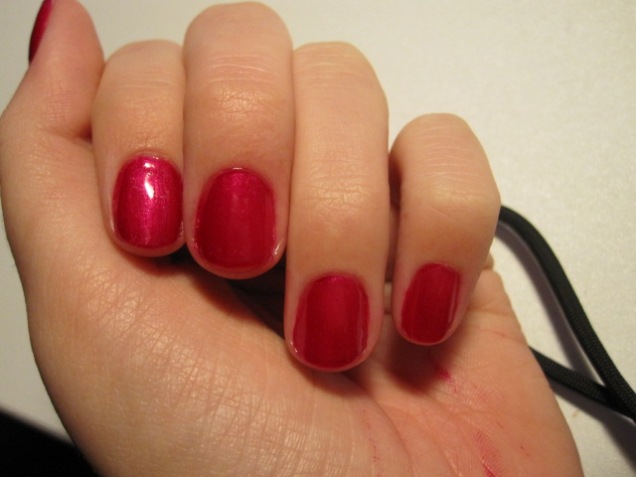 This is what it looked like after I just applied it – there were some issues with applying this that I’ll come back to when I review the top coat, so this is actually my second try. The picture is not that great because I was pretty mad about the issues I had, so I didn’t have that much patience left to get a decent picture – sorry!

The colour is just as pretty as in the bottle and I liked this colour much better! My picture doesn’t do it justice.

The application was good, but it did come out looking a little streaky, although not nearly as much as the other one, and the streakiness almost completely disappeared when it dried.

The dry time was similar to the other one.

^^ This was on day 4 (!) and i experienced some tip wear, again on my middle finger – I think it might be because that was the longest nail, or maybe I just subconsciously use this finger the most.

^^ This is how it looked on day 5. The wear on my middle finger was extensive now and you could begin to see tip wear on the other fingers as well.

So this one lasted for 5 days, which I think is actually pretty good.

Does it work with normal polish?

I wanted to see if this only worked wonders with the designated polishes or if you could use it just as a regular top coat. 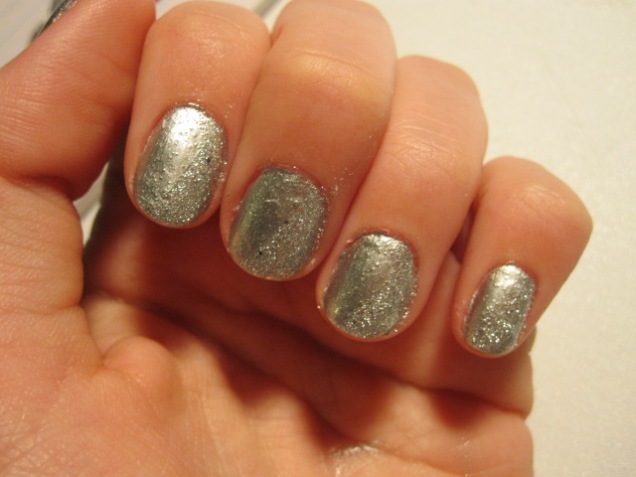 Here I put it over one of the worst polishes I have, one of those that chip really quickly – you can also see how it has weird bubbles in it – and I did half’n’half with glitter polish because I wanted to try that too.

^^ This is day 3, and as you can see, my middle finger was once again the first to go.

Review of the top coat

Oh dear was I annoyed with this top coat! First of all it managed to actually pull off some of the colour underneath when you applied it and the brush quickly became discoloured from the coloured polishes. 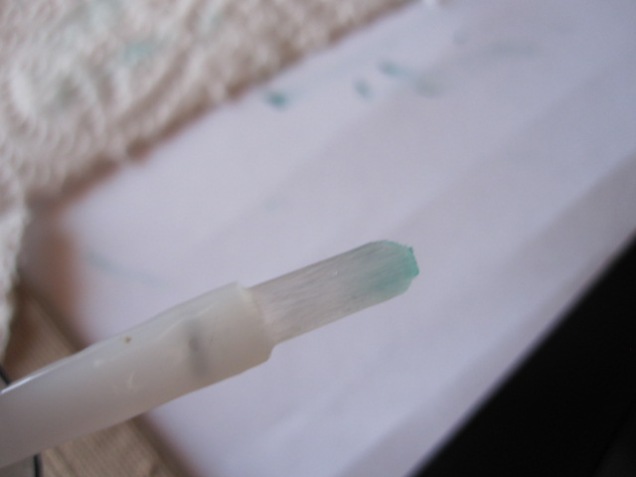 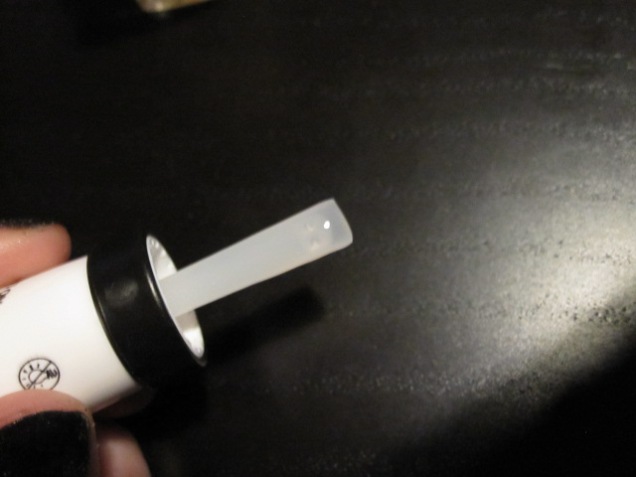 So then I had to take a brush from another polish that I don’t use that often and clean it and use that instead!

The top coat dried pretty quickly but it doesn’t have the shine that regular top coat has, but if I accidentally made a dent on my nail, it actually “bounced” back up!

Since then I’ve cut my nails shorter and I’ve tried the top coat over all of my manicures and they have all lasted me pretty long – longer than any of the ones above, even the designated polishes.

I don’t think it can last for as long as they proclaim it to (14 days), but I certainly lasts longer than normal top coat, and when I ran out of normal top coat, I didn’t even bother to go out and buy a new one – I just use this instead and my manicures last double the time.

I would probably buy the top coat again and there are also some pretty colours in the collection that I want to try out, but in my opinion you don’t HAVE to pair the designated colours with the top coat to get a longer lasting manicure – I actually think it worked better with other nail polishes.