A couple of days ago I bought what is actually only my 2nd and 3rd OPI polish ever! Many years ago my friend Nina gave me one, and I’ve eyed their polishes many times, but I’ve always been too cheap when brands like Essie and Sally Hansen had just as gorgeous polishes for a lower prize. I found these two in a store called ‘Normal’ which has everything you’d need from laundry detergent to beauty products, but usually at half the prize. Naturally, their selection isn’t the biggest, but sometimes you strike gold like I did with these two polishes. 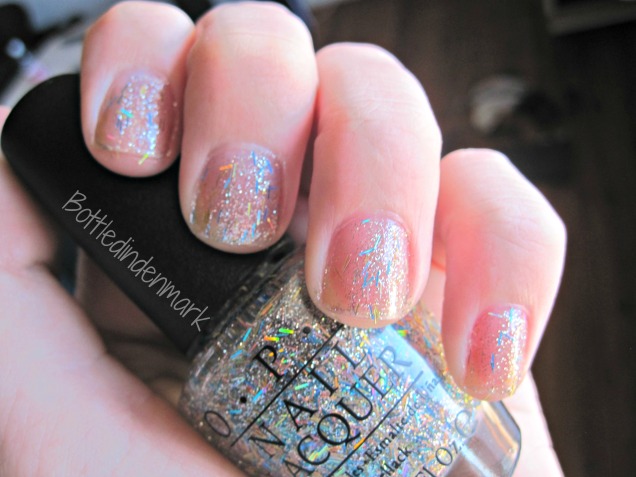 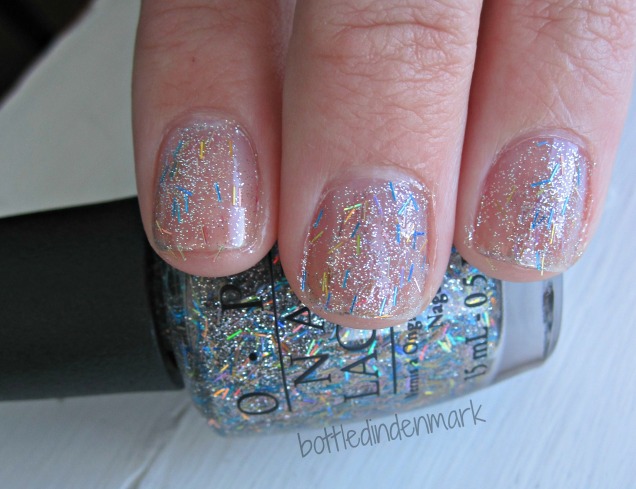 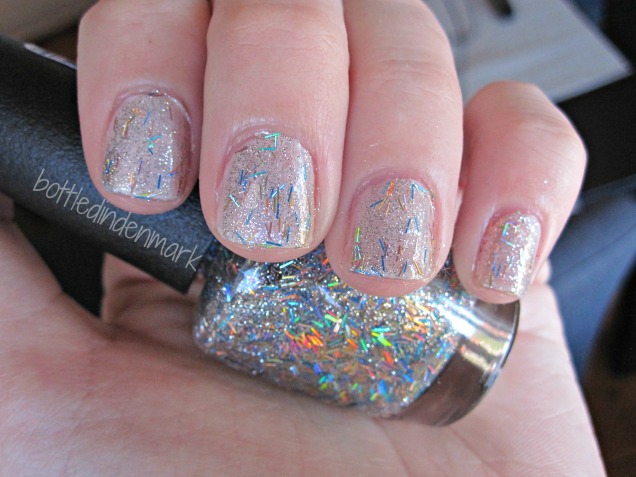 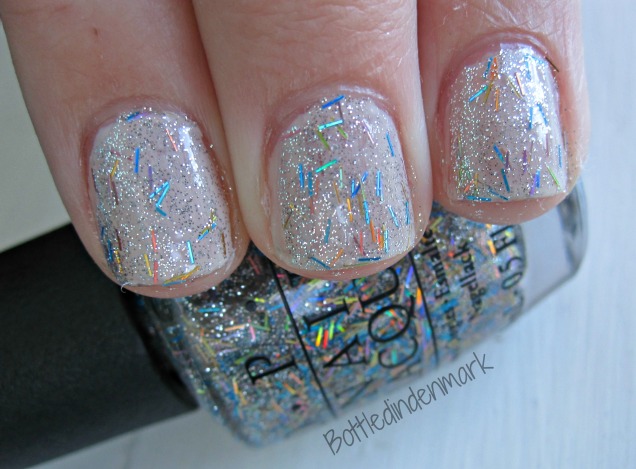 ^^ One coat over Himalaya by Sally Hansen 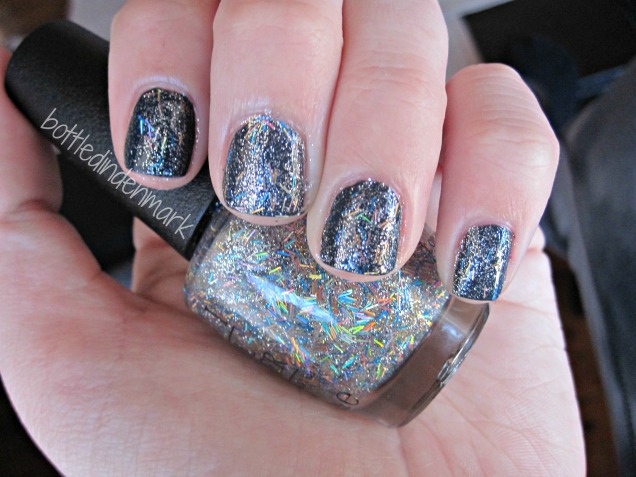 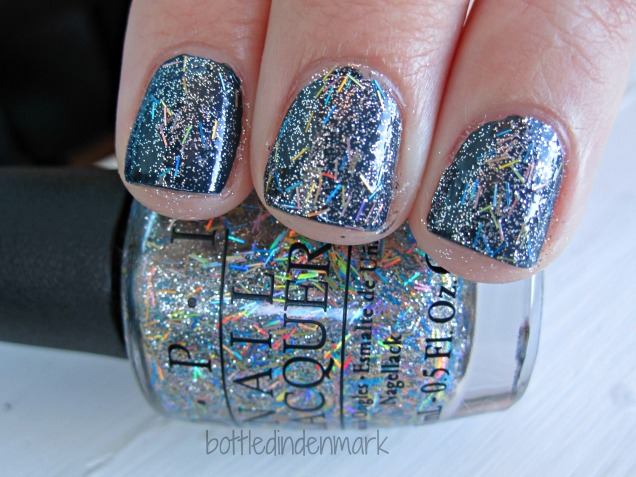 ^^ One coat over The Perfect Cover Up by Essie

This is a very pretty glitter topper! Because the long glitters are holographic, I’m having a hard time thinking of a color of polish that this wouldn’t go well with – of course it is easier to see the silver glitter if it’s layered over a dark polish. I actually think I like it the best on its own or over a light color.

I was dreading the removal of this, but I found that there was no need to worry. It isn’t as difficult to remove as glitter polishes, I actually didn’t struggle with getting it off at all. I did have some glitter left on the skin of the fingers afterwards that didn’t disappear before I washed my hands.

OPI Get Your Number 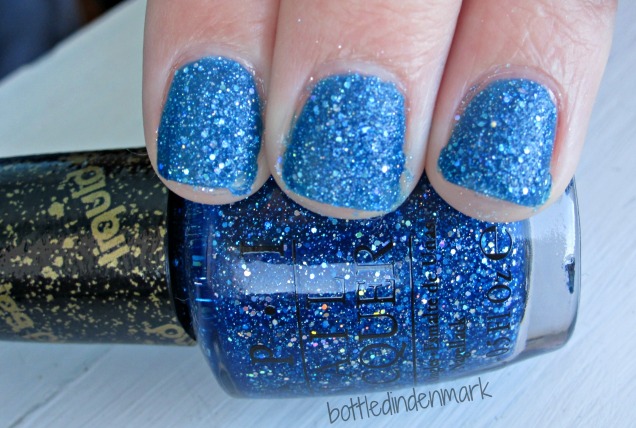 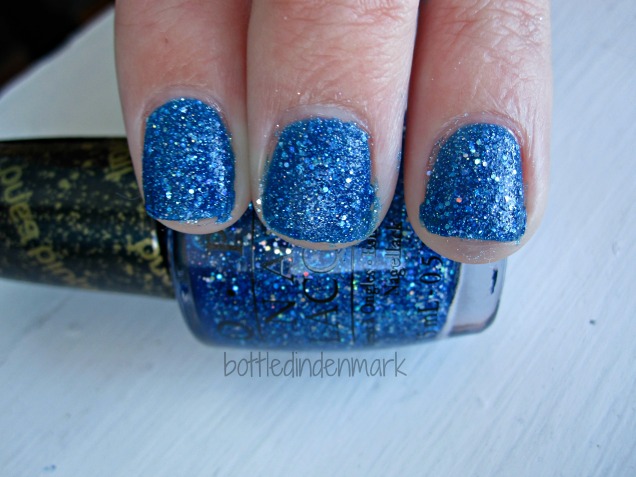 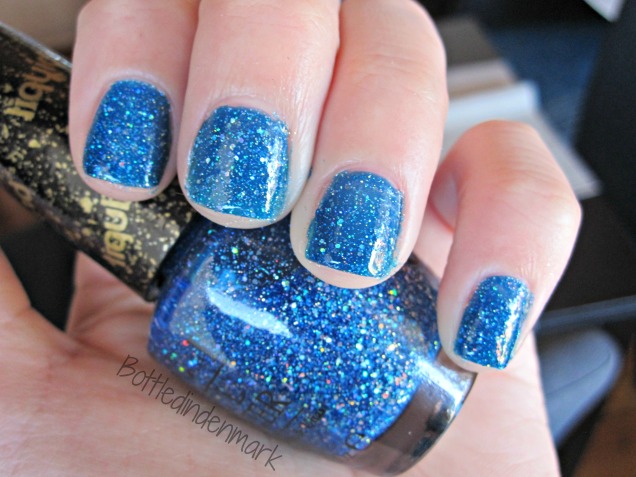 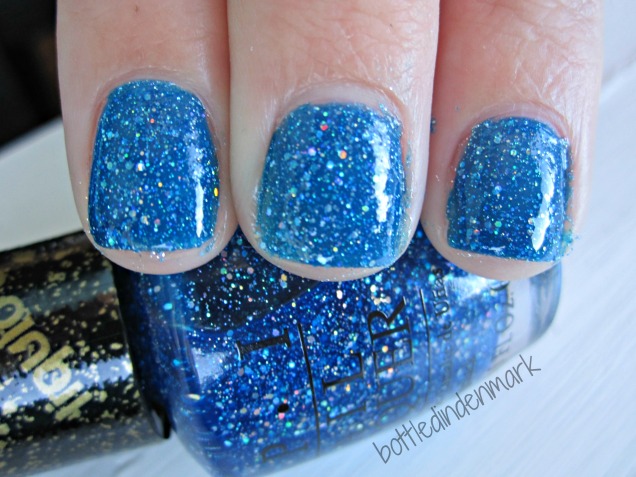 I fell in love with this one the moment I saw it! It is such a pretty blue and I really like the holographic glitter in it! It is one of the polishes from their liquid sand range, which is both a good and a bad thing. I think it looks cool if you don’t add top coat as it dries matte. I do think the colors in the glitter pops much, much more when you add shine, so I think I like it that way the best. I did notice that it had “absorbed” some of the shine from the top coat after a few hours, so I ended up retouching the top coat two times more during the night. When I woke up this morning it is a little less shiny, but not at all matte like after the first layer of top coat.

The removal went smoothly! It removes just as easily as any other non-glitter polish – the only difference is that it tears up the cotton pads quicker, so I went through more than usual.

That’s it for this post! Let me know what you think of this kind of post and if you would like to see more of its kind in the future!