I got a whole bunch of new nail art tools that I wanted to share with you guys! 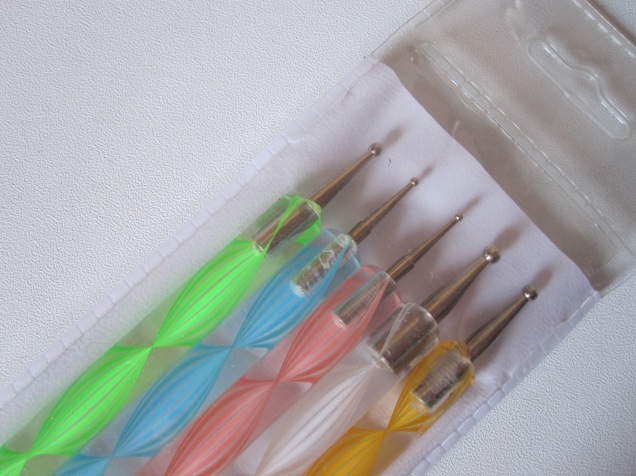 I’ve been wanting new dotting tools for ages! I only had one before, and it was with two very small points, so I got this set of 5 duble-ended dotting tools with 10 differently sized points. 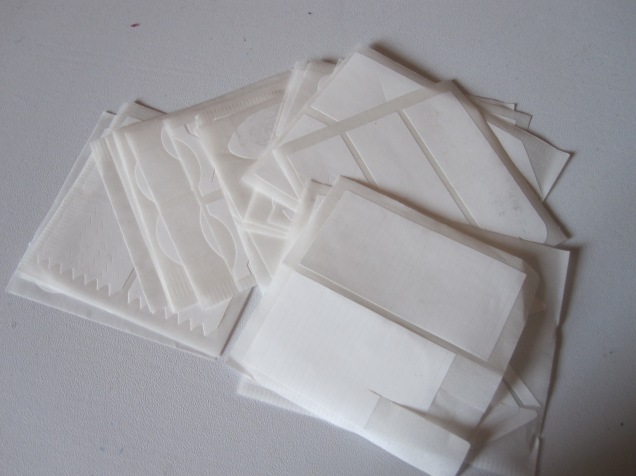 I got 18 different kinds of stickers – I’ve never used anything other than striping tape and french tip guides, so since I didn’t know which ones I was going to like, I figured it was best to get small amounts of many kinds and order some more of the ones I like later on. 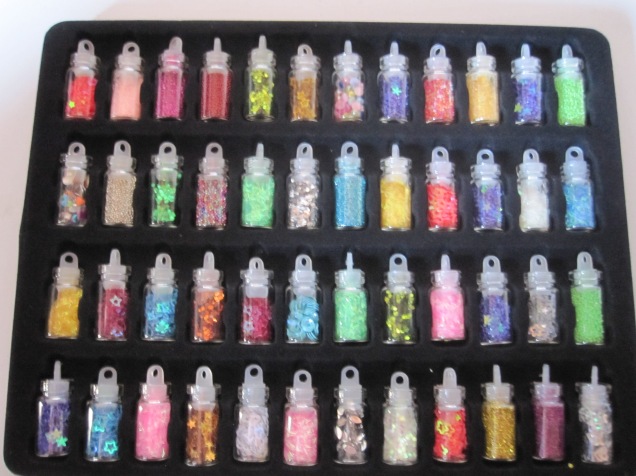 Now here’s something I didn’t think I was ever going to want – all kinds of studs, shapes and glitters – 48 different kinds, to be exact.. I don’t know if I’m going to use them very much, but they were cheap, and now I can if I want to.