When I was going through my camera roll the other day, I realized I completely forgot to post my recreation post for this month even though I had it ready. This was done before I cut my nails short again, so that is why my nails are so long here.

This design, though. It has such great potential, but I just cannot get it totally right. Last year, I put the silver stripes on top, but I felt that covered up the dots too much, so this year I put them underneath the dots. I might have gone a bit overboard on the amount of dots this time, though. I guess I was craving summer and brightness too much that day. None of these attempts are completely like I want them to be, but given the fact that I’ve given it two attempts, I just might have to realize that this is as good as it’s going to get.. Honestly, I even think I like the original better… Oh, the hard life of the perfectionist 😉 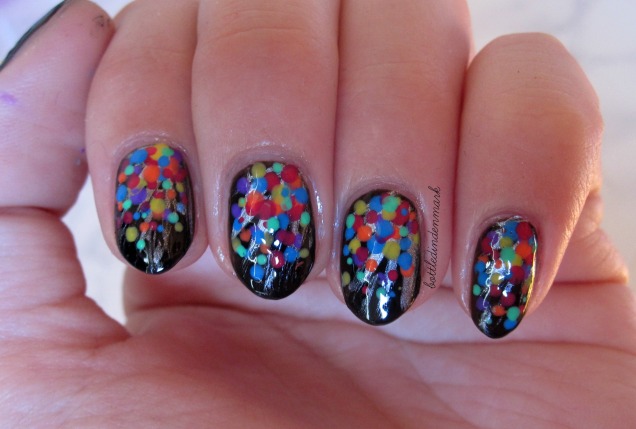